Many people know that, in addition to leading worship at the River, I have another life as a part-time practicing Christian therapist.

Let’s pause here for a second. For those who haven’t been in therapy before, there are often many stereotypes that go along with it. People think therapists always make you talk about your feelings and dreams, they ask you to do things that make you feel a little uncomfortable (in a good way?), and they are incredibly elusive and make you think really hard about stuff that you didn’t even know was happening in your brain. And, apparently, you’re supposed to cry a bunch while you’re there. 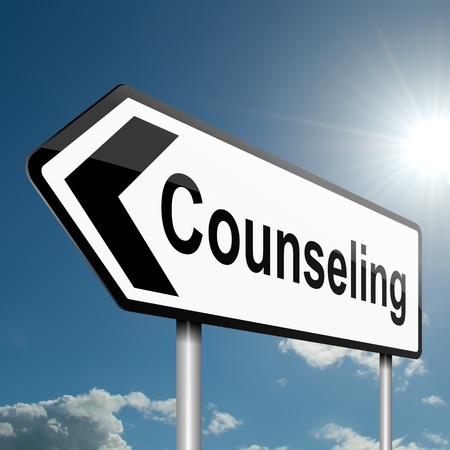 I admit that you’ll find these things are mostly what happens in my office. But these aren’t the things that make me a good therapist. I consider these somewhat extraneous activities to what makes for a positive therapy experience. So what exactly happens in my office?

It’s so cliché, and yet I believe it’s totally true. I’ll explain.

I started pursuing a career as a therapist at the oddly young age of fourteen. I was completely enamored by how the human brain operates and what factors contribute to positive change in people’s lives. I wanted to help make that happen for as many people as I could, since I had experienced the benefits myself.

I attended secular schools for both my undergraduate and graduate training. At some point in graduate school, it clicked for me that I could sometimes be pretty good at doing this therapy thing. I mastered various techniques through rigorous reading and practice, and I would see people get better when they invested in the therapeutic process. I thought, This is what therapy looks like: if I master these techniques just right, I’ll have the magic formula to improve people’s lives.

Then I graduated and moved to the Bay Area, where eventually God landed me a fantastic job at a Christian practice. I soon realized that many things about working in this practice were completely foreign to me. I was seeing things happen that weren’t taught in my school or written in my textbooks. It seemed there was something happening at this practice that was operating beyond me just using the right intervention.

Here’s what was different: I was praying for my clients before and during each session, and I also began to ask that God would take over the work so that my human error would be minimized.

A strange thing started to happen. While I was with my clients, I would be following appropriate therapy protocol when I would hear a voice: “Marie, don’t do that intervention. I want you to do this instead.” In the past, my “gut” would sometimes tell me to swap out one intervention for another tried-and-true plan. However, this voice was not coming from my gut. It would ask me to do things I had never heard of before—weird things that didn’t make any sense to me. Sometimes it even involved saying words that, as far as I knew, were completely unrelated to the experiences of the person I was working with. It felt like I was flying by the seat of my pants, with no sense of up or down. But I’d still follow through on what the voice said.

That’s when God started happening in my therapy office.

If I was just flying by the seat of my pants, there would probably be a fair amount of error. However, time and time again when I’ve listened to this voice, amazing things have happened. Breakthroughs that normally take place after ten sessions would sometimes happen in ten minutes. People were transformed. Not only would mental-health-related issues begin to disintegrate, but people would start walking more closely with God. People would start hearing things from God. People would go on to do greater things than I have.

I do think I’m a good therapist. But it’s not because I’m so awesome at executing various strategies and techniques. Rather, I think I’m at my best as a therapist when I take a step back and let God take over. That’s pretty scary for me, but it’s also an easy lesson to learn when I see how many mistakes I make when I try to do it on my own.

This is still a learning experience for me, and I make plenty of mistakes. Yet whenever I step into my office, I always feel like I’m stepping into an adventure with God, where I have a sacred front-row seat to what God is doing in his children’s lives. I’m always left in awe when I drive home in the evening and reflect on all the awesome things God did that day.

Have you ever felt like you were flying by the seat of your pants when you turned something over to God? What kind of transformation have you seen or experienced when you have given God control?