Just over two years ago, I wrote a post for Estuaries revealing that I had burned out, big time, after my three-year stint on staff at The River.

At the time I wrote that post, I was only barely beginning to scratch the surface of what was really going on for me. I only understood that I had burned out and needed space to regroup.

For over two years, I was barely hanging out on the edges of The River community. But just in the past few months since my daughter was born, I’ve managed to make it to church nearly every Sunday. And to my surprise, I find joy in attending.

I think I might have made it to the other side of burnout.

In the past, I’ve heard stories of people burning out in their jobs and then basically disappearing forever. I seem to never have a chance to find out what happens in the aftermath. So it feels important to continue the story I started sharing two years ago.

At the time that I all but completely bailed on The River, I was feeling a lot of anger towards it. My anger wasn’t directed towards specific people, because I’ve always felt cared for by the people of this church. But I felt angry towards aspects of the direction The River was headed, in general.

In time, I started becoming more aware that the object of my anger wasn’t the church, but myself. I’ll explain.

Up until I burned out and practically disappeared, I spent most of my life attempting to appease others. If you’d asked me just a few years ago if that was still true, I would have argued that I’d already moved out of that tendency. But it turns out that my growth has been unfolding in layers. I was far from past my tendency to do what I thought others wanted from me.

In the midst of this mindset, I really had difficulty seeing myself clearly. I wasn’t aware of my own needs, temperament, and personality. I thought I was, but I was far from it.

So in 2013 when I took the job at The River, I thought it was a great fit to work in a church setting where I could be alongside people I really enjoy and surrounded by a team of people sharing similar values to mine. Who wouldn’t love that? 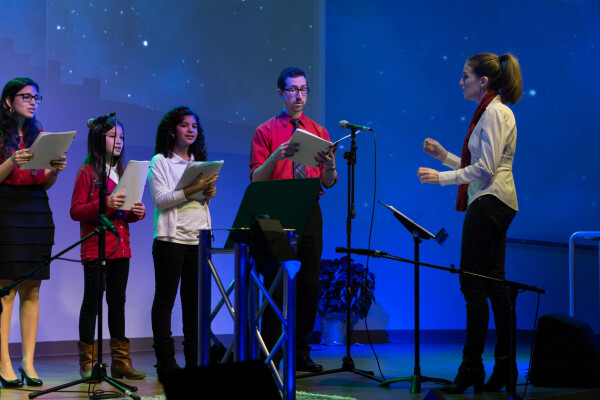 I’ve shared in a previous Estuaries post that I’m a highly sensitive person. I’m also a “4” on the Enneagram (The Individualist). I like to sum up these aspects of my personality by saying, “I have really big feelings about most things in life.”

So if you stick me in a setting where I’m constantly engaging with others and showing up on stage in an emotionally vulnerable way several Sundays a month, I’m destined to burn out. If I’m also asked to sometimes do things differently than I prefer, I’m toast.

In order to grow, I needed to bail on church almost completely. By doing so, I was better able to understand myself and develop insight about what happened.

Another byproduct of learning to embrace myself, rather than who others expect me to be, was being forced to take a much closer look at the way I approach faith. I had to ask: Am I simply mimicking the beliefs and actions that I think I’m supposed to, based on what other people expect of me?

This led me through some major faith deconstruction, followed by faith reconstruction. It took tearing aspects of my faith apart and putting it back together again to feel comfortable being myself in the context of The River. My faith is strong, but it does look pretty different than it did before.

Additional byproducts of this burnout journey include a capacity to set healthier boundaries in my relationships and in my work life. As a result, I think I’m a much nicer person to be around - even with my big feelings about most things! I can let other people into those places in healthier ways.

A key contributor to my ability to return to The River joyfully is the response I’ve received from you all throughout this journey. If at any point I felt that I wasn’t allowed to take the space I needed, I don’t think I would have felt safe to return.

Part of why I opted to write this post is because I know I’m not the only one going through burnout and/or faith deconstruction. I think it’s important to find safe people to share in that journey, rather than going it alone. I’m grateful to many supportive people in my small group and other communities within The River, who have supported me throughout my journey.

It turns out The River is the right place for me, I’m just much better suited to a very different role in this church. Thank you—to you all—for allowing my process to unfold in its own time and coming alongside where I need support. 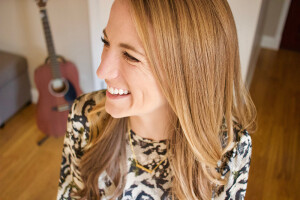