This past spring, someone on Facebook put out an ask to borrow a video camera. I had a new one sitting in my closet, so I lent it, along with a tripod, microphones, and cables to the person in need.

After awhile, I asked about the equipment, and the person said it was still being used. Okay, no biggie. After asking again, the person told me he was finished, so I tried to coordinate a handoff, but our schedules never matched up.

Okay, I could understand that we were both busy, so I just asked whenever I saw him. After multiple “I forgot” excuses, he finally admitted that he had lost my equipment. 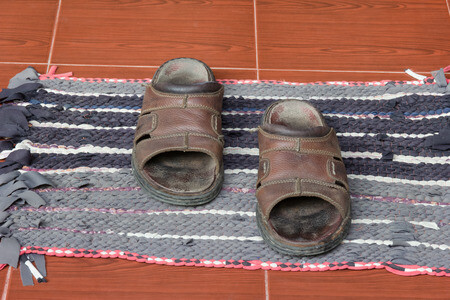 WHAT? It turns out he had been lying to me the whole time. I was furious! How could he treat someone who had extended kindness to him so poorly? I didn’t get it.

I finally had to stop communicating with this person because the anger was welling up inside of me, and I didn’t want to spew the hurt and hate I was feeling. I thank God, through the power of the Holy Spirit, for helping me hold my tongue and refrain from making the situation worse.

Unbeknownst to me, God was also preparing me for something else later in the year. During Pastor David’s Healing Path teaching on forgiveness at the end of October, he reminded us of Ephesians 4:26, which says, “In your anger do not sin.”

The week after that teaching, someone I had poured time, energy, and prayer into attacked me. This personal attack was especially hurtful. I felt betrayed. I was angry. I wanted to lash out. I wanted to protect myself and prove him wrong.

But he’s attacking me.

But he’s telling others lies about me.

Making the choice not to lash out and prove him wrong was incredibly hard, but I felt convicted by God that he did not want me to sin in my anger. So I didn’t.

I chose to react by controlling the only thing I could--my responses. There was nothing I could do make this person see the situation differently. Even if I laid out all of the evidence showing him he was wrong, I don’t think it would’ve made a difference. So I instead tried to focus on God and what he wanted to show me. I chose to continue to pray for this person and ask God to pour out his wisdom on me so I could respond the way God wanted me to.

God was faithful, giving me new perspectives and insights into our interactions. I can’t control what other people think or how they see me, but I can control how I choose to respond.

I turned to God instead of turning my anger into sin.

As I think about these events, I’m wrestling with the tension between God’s call to serve others and the hurtful ways I’ve been burned recently. How do I show kindness without being taken advantage of? I don’t want to be a doormat.

But I also don’t want to turn into someone who only thinks of herself. I want my heart to be soft and in alignment with God’s heart. Even as I’m typing, I hear God reminding me that my heart can’t be aligned with his if I close myself off and only think about myself and my needs.

God wants me to share, offer help, and give of myself. There is nothing in the Bible that says if I do these things I will be protected from hurt or betrayal. In fact, Paul teaches that, as a believer and follower of Christ, I will be under attack.

The reassurance God gives me is that he will be with me in it. I guess that’s the key. I can’t have unrealistic expectations that giving of myself (and my stuff) will magically protect me from hurt.

I can find comfort in knowing that if and when someone takes advantage of me again, I will be better equipped to deal with it. God has been growing me in wisdom, and he is faithful. God will be with me, as he always is. I can have a soft heart serving others, knowing that is God’s will. I can also be at peace, confident that regardless of how others may treat me, God can equip me to respond with mercy and grace. 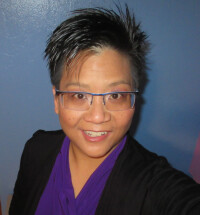