I was catching up with my younger brother a few weeks ago. On this particular morning, I asked him if he was finding anything particularly difficult.

Prompted by the Spirit, I replied, “The more we lack patience, the greater the indicator of how little we appreciate our current blessings.” 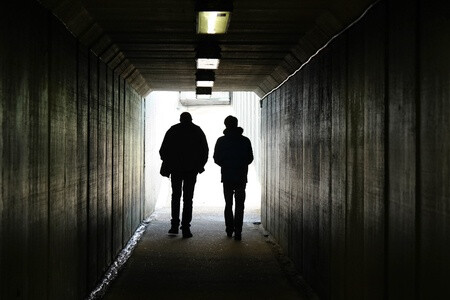 I believe this message was intended more for me than for my brother, but how tough it must have been for him to receive it.

A month prior, my brother had been asking for money. He needed money for food, as he had lost his job and apartment, and simply needed to get through the weekend and into a rehabilitation program.

My brother is an alcoholic. This wasn’t his first time asking me for money. In my frustration, I called my dad, as I didn’t want to play the responsible adult on this night.

I pinged my brother on Monday to make sure he got to the program. He asked me again for money, this time for transportation to the rehabilitation facility. I was livid, but in the middle of my already busy day, the easiest thing for me to do was to send money.

With no update from my brother on Tuesday morning, I called my dad to see if he had heard from him. Not only had my dad not heard from him, he told me that he had given my brother enough money on Friday to cover food and transportation.

For the first time, I realized my brother had lied to me. I was heartbroken, angry, and ready to just walk away.

I didn’t, but I didn’t know what to do next. God made it clear that I needed to love him and be patient. In addition to checking in with him daily, which was not our normal routine, prayer became my primary focus. The following is a message that I shared with my brother during this time.

Good morning, little brother. Praying that God presents himself to you today, perhaps in a small way, perhaps in a large way. I pray that you feel his unending love, a love that lacks judgment, a love that is full of grace, a love that does hold us accountable—accountable not with shame, but love. It is with love that the walls we created are broken down, softening our hearts, softening our soul, broken to allow the light in—light that was created to push out the darkness. And when ready, with the help of the holy trinity, you will become that light for someone else's darkness, at which point, your healing will not be finished, but an unending work in progress.

On the day I brought up patience to my brother, he was sleeping on a mat on the floor of the Hoboken Shelter, side by side with 40-plus other men, battling bed bugs that had infested the mats. He had secured a job a few weeks after landing in the shelter, finding a job as a cook at one of Hoboken’s hottest restaurants.

Each morning, he had to wake up by 5:00 a.m. to be out of the shelter after eating breakfast. He would head to his first Alcoholics Anonymous meeting, hang out at the library, and catch another AA meeting before heading to work. All of this was within walking distance of the shelter.

If someone had brought up gratitude during a season of life that found me sleeping on a mat at a homeless shelter, I think I would have lost it. My brother didn’t, instead confirming immediately that God has blessed him beyond understanding.

On March 15, my brother moved into his own bedroom that he is paying rent for at the local YMCA, a program run by a longstanding member of one of his AA groups. My brother is also attending church every Sunday morning.

I am forever grateful for what God has done for my brother over these last couple of months. My brother’s willingness to seek out a church home gives me hope that lasting change is happening in his life. I see a peace and calm in him that I have not seen since our mother passed away sixteen years ago. This kind of peace and calm only comes when we submit to God’s plan, a plan that we can trust even when we cannot comprehend.

I pray that this glimpse into my brother’s life may serve as a reminder to all of us to seek the blessings when our patience is running low. Even when we struggle to believe that God can move mountains in our lives like he has for my brother, he always has our backs. May we come to God in thanksgiving first before laying our requests at his feet.

I love you, Andrew Joseph, and am blessed and proud to be your brother. 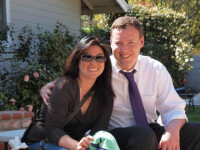 Bill Wagner loves being a husband and father. He is blessed to walk side-by-side with his wife, Kristy, raising their three children, Samuel, Graeson, and Emily. Bill was born, raised, and educated in upstate New York, and relocated to the Bay Area in 2008. He is a headhunter by day, working from home and building relationships with corporate tax & finance professionals here in Silicon Valley. He took a leave of absence in 2012-13 to deepen his walk in ministry; he is now focused on bringing his faith outside the walls of the church and into his work.