Five years ago, I took a college course on love. Among the list of texts for the class, along with the likes of Gabriel Garcia Marquez and Plato, was a reference to the song "The Greatest Love Of All" by Whitney Houston. If you're not familiar with the song, Houston sings that the greatest love of all is love for yourself.

I was furious when I saw this. "Of course," I thought. "This teacher wants to teach us some hippy-dippy New Age crap about looking out for number one." In the sophomoric, self-righteous Christian phase I was going through, I had many objections in the class.

Looking back, I feel pretty disappointed with my response to that class. And now, after a year of counseling for anxiety and depression, I'm coming closer to the conclusions of Whitney Houston and my hippy-dippy community college English professor. Maybe "greatest love of all" is an overstatement. Either way, I've found that, despite the Christian culture-induced pressure toward service and morality at the expense of self-care, loving yourself is pretty important. 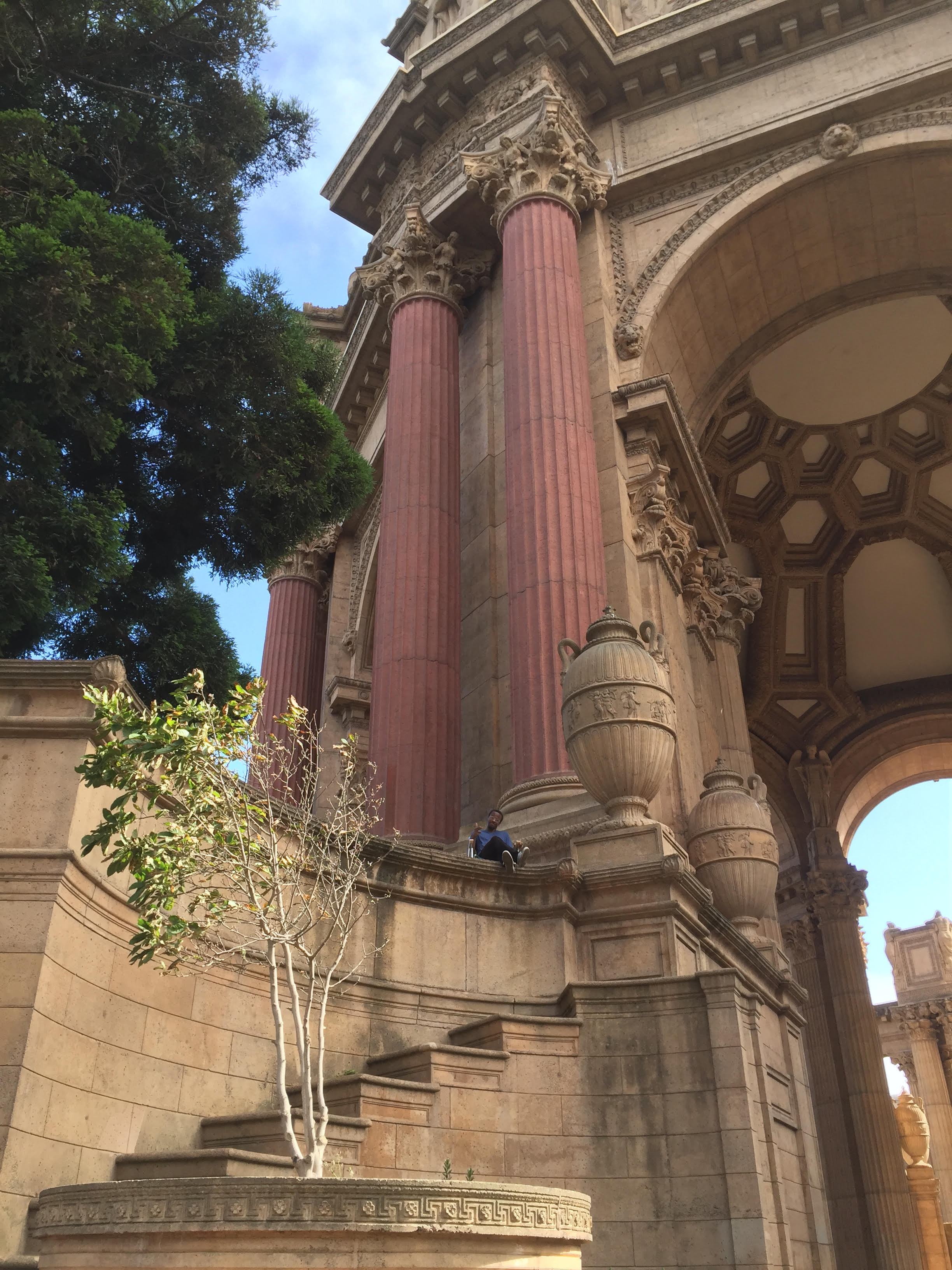 This is my friend Derrick on a day we decided to spend in San Francisco.
For my overall wellbeing it's important for me to take the time to do
things that I enjoy, like documenting the antics of a good friend.

Although I was almost never taught this explicitly, I learned through church and made my own assumptions that self-sacrifice, "giving it all to God," is more or less the goal of the Christian life. How much I could give up or deny myself for God became a measure of how good of a Christian I was. To be clear, I definitely think God calls us to deny ourselves and give away many things. However, these callings somehow became skewed in my mind, as the idea that at or near the foundation of these virtues should be an abiding love for oneself was only inferred. Why would you be willing to freely and humbly serve someone else unless you had the confidence that you were worth something—whether or not you served others, whether or not you were a moral person?

This is where something went wrong for me. Throughout my childhood, I had always been a good kid. I never wanted to rock the boat and make other people mad. This got me a lot of praise inside and outside Christian circles. It became part of my identity: I was always the kid who did good, who did things right. I read my Bible, led worship, went on mission trips—all the youth group requirements.

But by the time I finished college and joined Servant Partners, I was meeting people who did even more amazing things, who were even more moral than me (based on whatever skewed metric I was using). At this time I was also getting burned out by trying to keep up this façade of the perfect person, which I fortified with the praise of others. I was using my Christian pedigree of service, my academic achievements, and my general affability to uphold the perception that I was special, that I deserved some special pat on the head. And I was hiding the fact that performing these psychological gymnastics was incredibly exhausting.

The irony is that I was right. Yes, it is true that I am special. That's exactly what I tell my friends when they struggle with guilt, failure, or falling short of some standard: no matter what you do, you are incredibly special, created to reflect a unique aspect of who God is. But somehow I had constructed myself as different; I needed to prove myself worthy of this uniqueness by my actions and personality.

To save you guys the trouble, this doesn't work. There will always be a reason that I don't measure up to someone else or to some abstract social or personal standard. But what I'm learning to do now is accept my limits as a human. There is only so much I can do with what I have been given. And that's totally okay.

Jesus teaches us this kind of radical acceptance. Even as Thomas doubted that Jesus had actually risen from the dead, he was invited to place his hands inside Jesus' wounds. Maybe Thomas still struggled with doubt after that. But he was not demoted in or excommunicated from the family of God.

Someone once told me that growth is overrated. And in the good times, I remind myself of that. Yes, we should seek improvement. But sometimes that is very difficult or even impossible. Yet the fact that we are humans, beautifully created by the Creator, is never lost and we can find comfort in that.

In some mysterious God-way, I have found that knowing who I am and being okay with myself (read: loving myself, accepting how I have been made) is the best place from which to serve God and others. Loving myself is really a form of loving the God who created me. I've got my flaws, but at the bottom of it all is a special and wonderful piece of the Unknown, a piece of the Eternal. 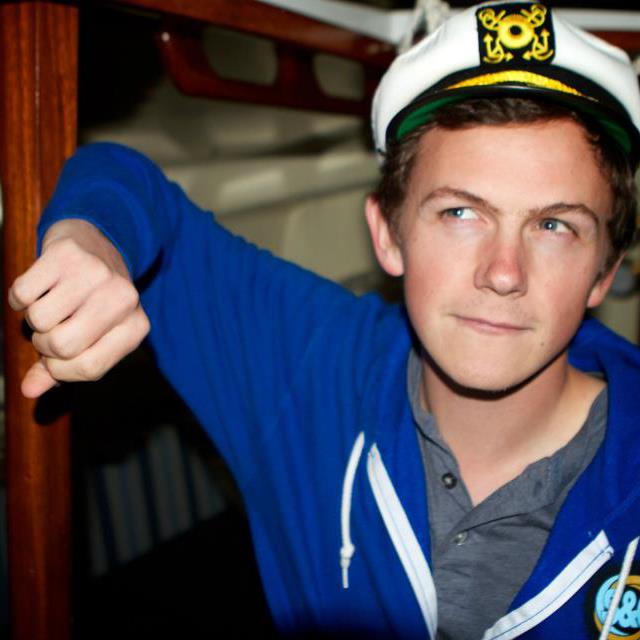 Steven Rozzi recently completed his internship with Servant Partners in San Jose. In August 2013 he graduated from UC Berkeley with a BA in sociology. After graduating high school he spent nine months with Youth With a Mission (YWAM) in Chile, England, and Thailand. However, through his love of travel--visiting multiple countries and driving a number of interstate (and intrastate) road trips--Steven’s love for his native Bay Area has grown all the more. His passions include playing guitar, discussing grand social theory, drinking coffee, and being a quarter Danish.