Lord, why do I forget?

Like all human beings, I am susceptible to aging and the loss of mental capacity, but I’m referring to forgetting God’s work in my life while remembering the lyrics to “Billy Jean” and a million other meaningless pieces of trivia. 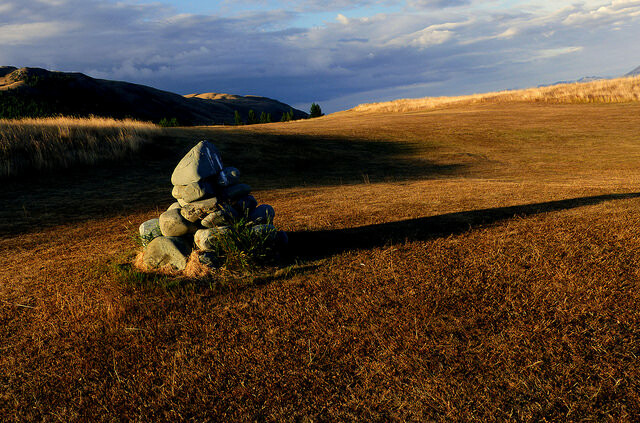 My forgetfulness is not random. So much of God’s saving work has come in the places of my greatest pain and my greatest shame. Something about pain wipes memory clean. Without active remembrances, we forget his rescue from bondage, the “treasures of darkness” (Is. 45:3) when he met us in the soul-sucking chronic pain, the pain that isolates and unmakes us.

Last week I was given the unforeseen gift of speaking to a friend of a friend named James, a young father who has been stricken with chronic fatigue syndrome (CFS) since July. He’s a physician’s assistant and an endurance athlete. He has all the symptoms: mental confusion, depression, unexplainable weakness, and exercise intolerance. He sleeps all the time but he can’t sleep on a normal schedule. As his wife takes on more of his load and he slides into disability, there is a growing distance between them. This young man was looking for comfort from someone who has recovered.

As I listened to his words pouring out, I was taken back to the solid decade (how could it be that long?) in which I was even sicker than him. The depression, the isolation, the unending pain in the bones, and worst of all, the anger at God, my only hope. I remembered the money and time spent on hoped-for treatments that only disappointed and left us poorer. My visceral need for salvation, for a solid reason to continue on.

But I also remembered the treasures of the darkness: freedom from ambition, a contemplative prayer life, mercy and empathy for the disabled and weak, the kindness and love of so many friends, and finally, a supernatural healing that enabled me to return fully to the land of the living. This salvation allowed me to be the dad I couldn’t be before, to work full-time again, and to experience full partnership and intimate friendship in my marriage.

How could this decade of descent, suffering, and resurrection be submerged in forgetfulness?

Augustine devoted much of Book X of The Confessions to the topic of memory, and his great mind bowed before memory’s mystery. Without memory we have no identity, no self.

I am frightened by my capacity to forget, to fill my mind with mundane tasks and pleasures and an imagined future. Even worse, I tend to forget about God’s gift of salvation and become lost in worry about little things. After the resurrection, did God worry about Peter’s flaws or Mary’s lack of earning potential? The absurdity of it is comical.

The Scriptures are filled with terrible stories of forgetting. Abraham forgets God’s faithfulness and sells Sarah twice. The Exodus generation forgets his great saving power in their disorientation in the desert. Subsequent generations willfully forget his deliverance of their ancestors. Paul uses their example to warn us not to forget our great salvation.

When we forget who God is and what is most deeply true, we get lost in the labyrinth of circumstances. We inevitably create idols. We choose into addictions and superficial pleasures.

To be a human being is to forget the most important things, including how tragically forgetful we are of who God is and how he has walked with us.

Early in our marriage, Gayll and I were led into the habit of weekly Sabbath: ceasing, worshipping, and reflecting on the past week. This led to our annual practice of reviewing the entire year and remembering God’s works on our anniversary.

After thirty-three years of marriage, these two disciplines of remembering have borne more fruit than almost any other habits. Through dark years and the trials of later mid-life, we saw God’s faithful hand in datebooks, journals, and long conversations over nice food.

Even today, I resist remembering. Instead I feel the tug of whatever project I’m working on. I resist digging into pain and difficult memories from the past. I doubt that the memories are as worthwhile as getting more done. Without the ritual and the accountability of our anniversary coming around, I would certainly have ceased remembering.

The conversation with James last week brought me back to a memory so powerful, so visceral, so spiritually refreshing that I sensed God with me as we talked. God became present to me as I opened the long-closed doors of the past and walked through the house of memory—feeling and tasting and thinking it all through again, but without the fear of how the story might turn out.

This epiphany of the Spirit through memory gave me faith to infuse into my new friend’s life. I was able to be that listening, non-anxious presence that he desperately needed in his time of darkness. 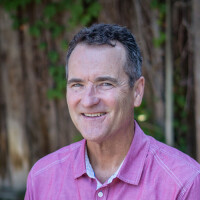 I wonder if there may also be a cultural pressure against remembering...since it can be so profoundly faith-building. As one who thinks -- and then talks -- on the past with it's pains that are being transformed and its purer sweetnesses, I sometimes feel vulnerable and exposed. I think there's a powerful "Keep moving!" vibe that is not only personal to your insides but maybe even in our cultural script. Thank you for honoring the role of remembrance!

Found this through tweet from Dorcas Cheng-Tozun. Thank you for your honesty, and good reminder. I can relate to periods of darkness, feeling God had abandoned me. Times that were rich for growth, but remembering them is painful. I cling to Romans 8:28--"God is causing ALL things to work together for good, to those that love him, and are called according to His purpose." I cringe when people flippantly attribute to good "coincidences" as a "god thing"--to what do we attribute the hard things? We live in a fallen world, and will live with the consequences of broken bodies until the Lord returns. God promises to be present with us...so grateful.